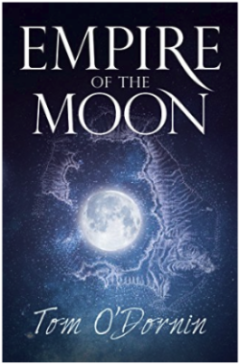 Greece, 18th century - Two sisters, Helena and Isabelle, crucial to the future of the British Empire, are kidnapped by vampire warriors.

Lt Alex Hurst and the amoral Lord Charlmont are given weeks to find the women, pursuing the vampires from Athens to their island stronghold on Santorini. Alex is in love with Helena, but the stakes of the game are raised when the vampire ruler seeks to seduce her.

Swashbuckling, fast moving and awash in Greek myth and history, Empire of the Moon plays out against the backdrop of ancient Athens and the rugged beauty of Santorini.